Yangon is a very interesting and safe place full of history. But you must be energetic enough to walk along the busy roads downtown. There are magnificent old colonial buildings for the Immigration and Passport Offices and the Marine Departments.

There were a few Caucasian tourists seen during my December trip. Such tourists usually appreciate history. Yangon was also under British administration and many massive buildings used by the administrators are now government offices. I did not enter any of them as I was not sure whether it was out of bounds to tourists. 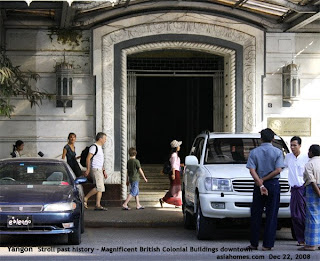 Just stroll downtown Yangon and you will know what I mean if you love history and architecture. Young Singaporeans may be just interested in shopping but there are many sights of the old Singapore to see.

Most visitors to Myanmar are Thai tourists coming as they are Buddhist pilgrims and there are several thousands of pagodas and temples all over Myanmar to visit. Apparently there are 426 cities and towns in Myanmar according to one person I spoke to. According to the same source, there were 400,000 tourists in 2008 - a large drop from 500,000 due to Cyclone Nagris. An increase in tourism will provide employment for the young people and help to increase their standard of living.

I was surprised to see street vendors selling cooked pork with lots of lard and oil. In old Singapore, I was brought up to appreciate pork belly meat as it was a luxury for most families in the 1950s.

The Singapore Health Promotion Board Officials will definitely shake their heads vigorously when they see the picture of the street vendors selling high cholesterol pork meat deep fried and oily. 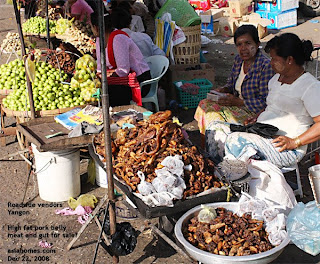 After meeting a Singaporean who has lived in Myanmar for several years, he suddenly said: "Singaporeans find it strange that there are vendors selling high cholesterol pork meat. Many locals do not eat meat often and the pork meat with lots of fat is very filling." I used to enjoy eating lard too. I loved the can of pork belly meat with porridge but now as a senior citizen, I have to restrain myself. 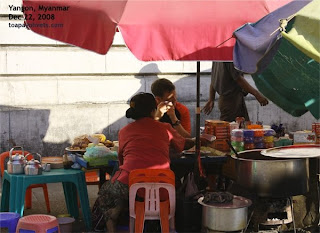 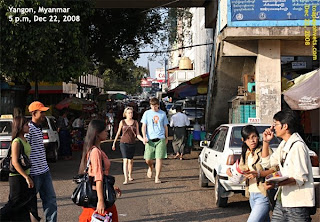 As at March 2009, the estimated cost for a free and easy visit to Myanmar, 3 days and 2 nights and Silk Air are: 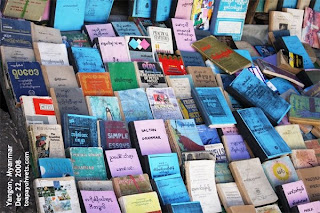 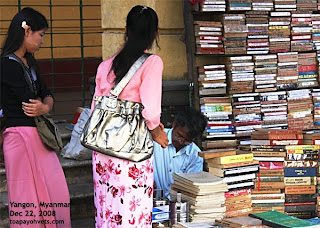 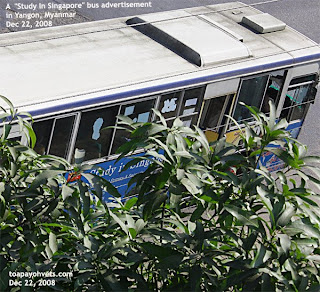 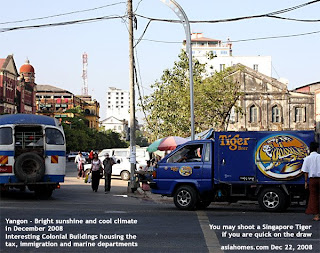 Nice blog,
I appreciate your smart work, Thank you so much.
Burma local travel agent